This year I missed the ice climbing season at home due to my stay at Patagonia. Social media showed that ice climbs in Western Austria where standing solid and my thoughts drifted immediately to some projects I still have in mind speculating about if they have formed or not. While people climbed the extreme classics in our area I was stranded in El Chalten due to the very bad weather in the mountains.  As I had loads of time to let my thoughts drift on this trip I remembered the last winter. For a few weeks we have had crisp temperatures which resulted in some notable first ascents executed with my friend Hanno Schluge.

One climb was up the North East face of Mottakopf, located close to the skiing village Brand (Vorarlberg). The face measures around 600m of height and the route ascents a direct line ups the face. Starting with some mixed climbing we reached a easy snow gully which allowed access to the water ice  pitches on the upper wall. The whole climb was freed by both of us. the route is clean so no fixed gear. The difficulties are moderate with M5 WI5+ and a easy walk of to the left (climbers view) and down steep forrest. I think its worth repeating and could become a “classic”. 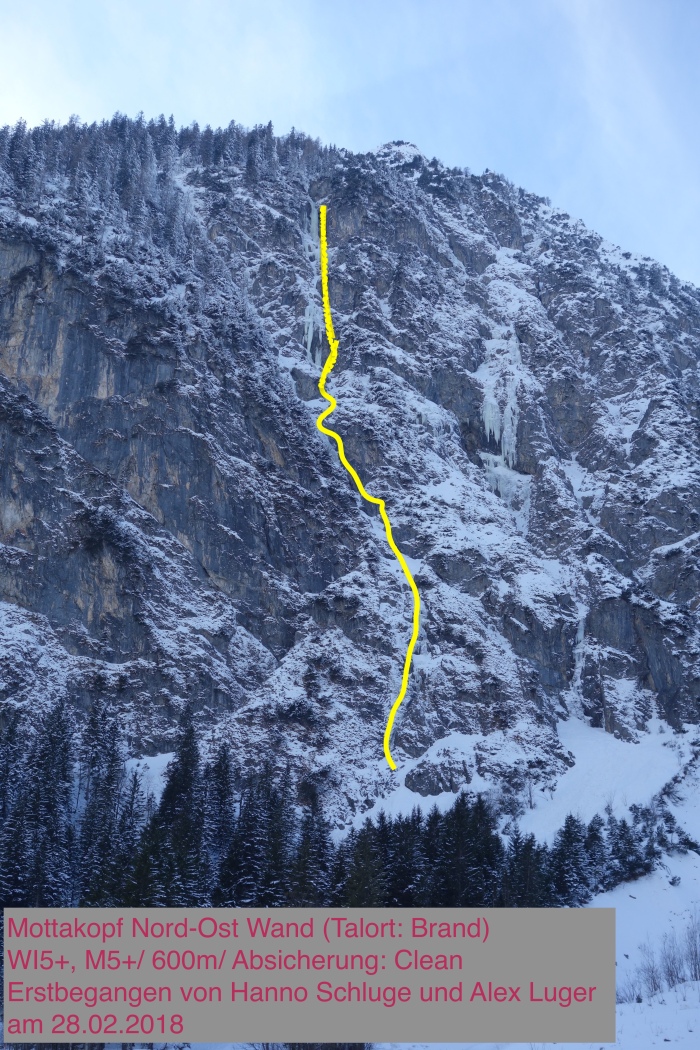 A route with a total different character than the already mentioned line at the Mottakopf. The routes crux are two pitches with hard mixed climbing. During the ascent we had to deal with rotten ice, and little protection. The line was climbed clean. For future repeats we left a wire and bulldog in place on pitch two to reduce the risk of hitting a ledge. 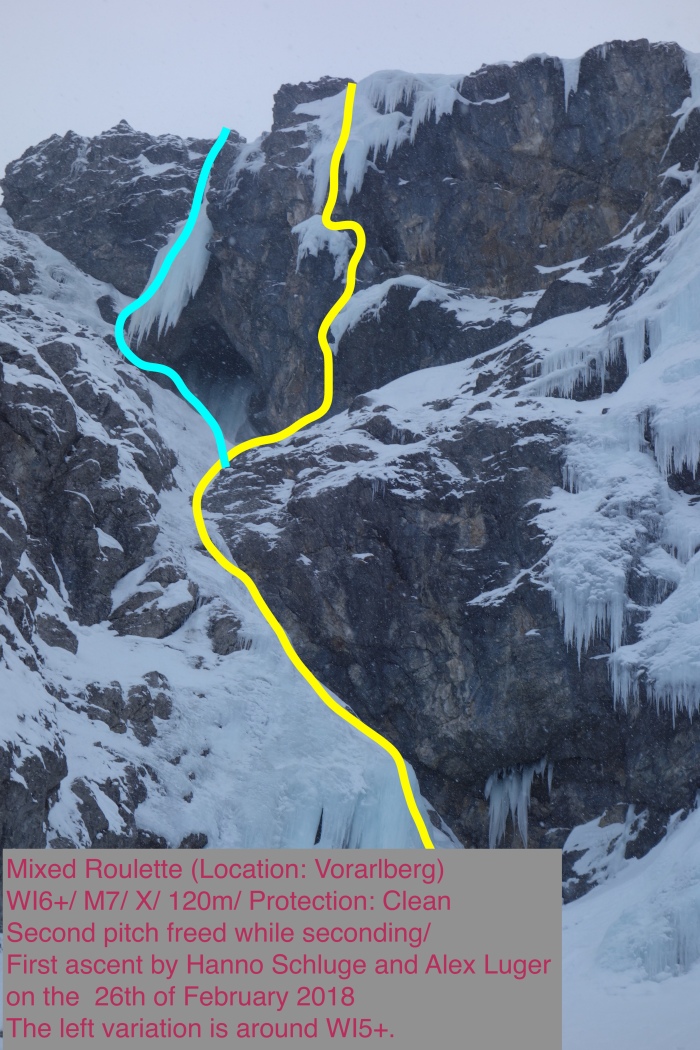 View all posts by alexluger